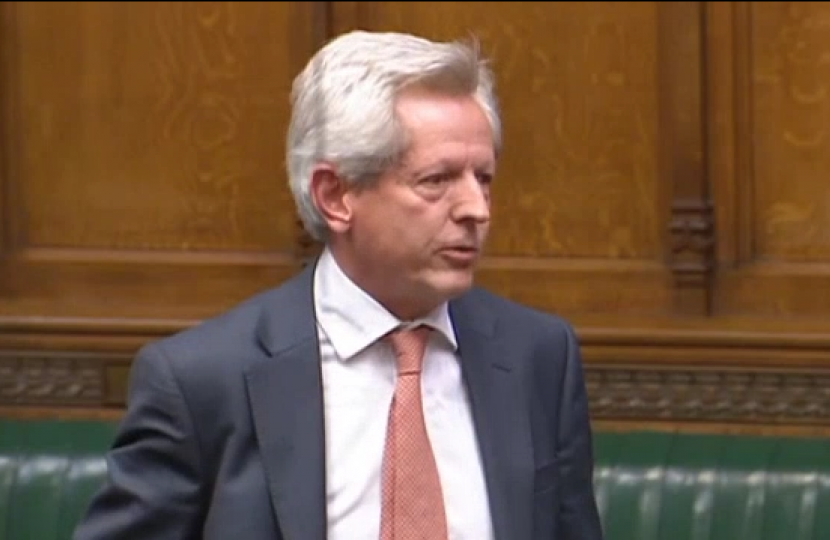 MP Richard Graham is delighted that some of Britain's leading gambling firms have agreed to a ban on tv advertising during live sports broadcasts. The MP said his elder son, who used to work for the US National Football League (NFL) had been badgering him to do something about this, and Richard discussed the issue with Department of Digital, Culture, Media and Sport (DDCMS) Secretary of State Jeremy Wright only last month.

“Jeremy said that he had encouraged the industry to do something about this and it’s good news that companies like Bet365, Ladbrokes and Paddy Power have already acted”, the MP said: “there are far too many children watching sport who have been fed this diet of gambling advertising, as if that was the whole point of sport. This is the start of a fight back to get gambling off sports TV and for the industry to encourage Responsible Betting. I hope all gambling companies follow suit on this”.

The MP recognised that horse racing was exempt from the ban, and was content with that: “racing is different and no-one want to prevent a flutter on the races at Cheltenham”. But he said there were other aspects of online gambling where much more needed to be done, like online poker, where Richard intends to work with government and others interested in reducing especially the number of vulnerable young gamblers.
NOTE: this follows Richard Graham’s successful campaign with former gambling addict Hussein Vorajee to reduce the maximum stake from £100 to £2 on Fixed Odds Betting Terminals (FOBTs) and then to implement this from the 1st April 2019.