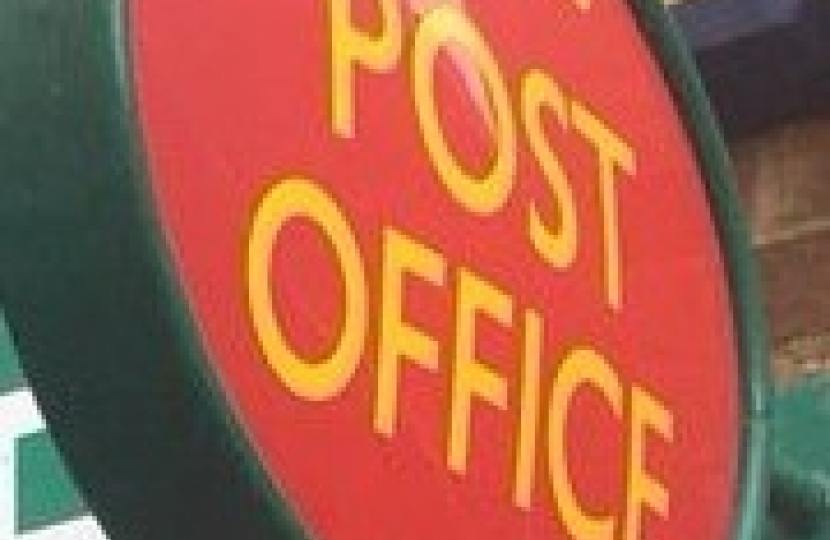 Gloucester MP Richard Graham has discussed in detail with Post Office Ltd their proposal to transfer Gloucester’s Crown Post office about 50 yards round the corner to WHSmith, as part of a wider move to transfer about 40 such Post Offices. Former Chair of the All Party Parliamentary Post Office Group, Richard said “this proposal is a further extension of the Post Office’s use of franchise Post Offices, and it’s important we scrutinise the detail carefully.”

Richard said “I know many constituents have concerns, not least because of scaremongering by Labour claiming the Post Office is closing – conveniently forgetting that it’s simply transferring about 50 yards away into WHSmith. This has already happened in many cities all around the country. This Post Office will re-open in a new setting the day after the old one closes, while retaining the same staff on exactly the same conditions and offering more related services.”

The MP explained that “WHSmith will have to provide a decent space under Post Office Ltd supervision, training and security measures, be accessible to those with disabilities and mobility scooters, and hold a six week consultation in February 2019 on the details, with a one day Customer Forum during that time in the city centre. That’s an important opportunity for anyone to flag up specific concerns, and the results will be shared in late March / early April.”

“Our Post Offices are very important,” said Richard, and often relied on by communities for a social purpose. They’re a key social and economic asset for our communities and businesses. That’s why the government has, since it took over in 2010, pledged to protect Post Offices, making sure there is no closure programme. This remains a priority and since 2010 about nearly £2 billion has been invested maintain, modernise and protect the network including the 300 Crown branches. “Not a single Post Office has been closed on our watch”, Richard commented.

The day-to-day management of the network and getting the right branches in the right locations is an operational matter for Post Office. The approach the Post Office has been following since 2012, has helped shift the Crown branch estate from making an annual £50 million loss to breaking even now.

Richard said “it’s worth noting there are now more than 11,500 Post Office branches in the UK, and the network is at its most stable for decades. More than 4,300 branches are now open on Sundays, with nearly 1 million additional opening hours to be added to the network every month. I hope we’ll see similar benefits from our newly sited Post Office in time. Meanwhile please do answer the consultation and go to the free Customer Forum.”

Richard looks forward to seeing further details of the proposal and encourages his constituents to attend the public forum.