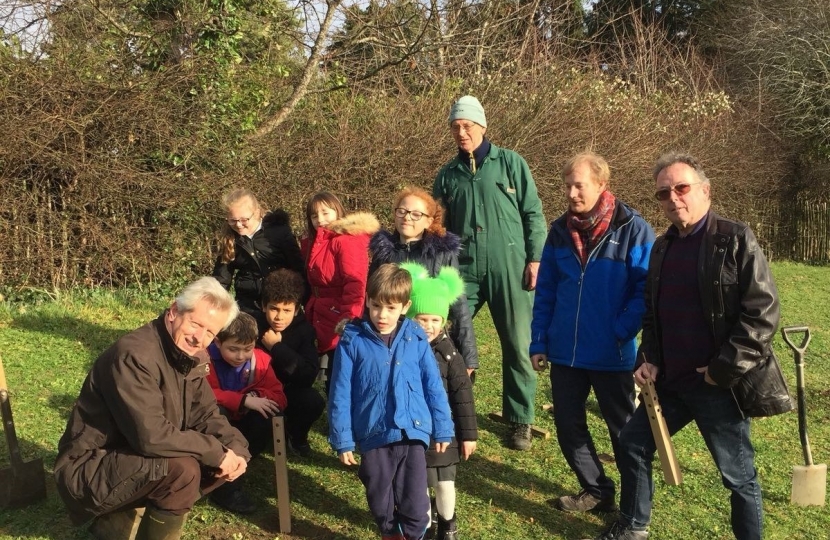 Gloucester MP Richard Graham has planted 4 British trees in Barnwood Park Arboretum, with the Friends of the Arboretum and Barnwood Primary School Head and pupils, as part of the Queen’s Commonwealth Canopy, the forest conservation initiative to mark the Queen's lifetime of service to the Commonwealth.

Together with Abbeymead local Councillors Laura Brooker and Gordon Taylor, Richard and the pupils were guided by Arboretum Friends Chair Ron Keasley to plant native silver birch, rowan and hazel trees. The City MP had already handed over one more silver birch to the Kingsway Wildlife & Sustainability Group. Gloucester’s MP said, “I love trees and am delighted with the Councillors’ and children’s enthusiasm for joining me and getting stuck in to plant the new trees. Let’s hope they give joy for decades to come.”

Head Teacher of Barnwood C of E Primary School Julia Matson said, “This has helped build on the work we did last year to raise further awareness of the Commonwealth and the need for forests for future generations. We feel fortunate to be involved in such a great initiative and it will be fantastic for our pupils to watch the trees planted grow from strength to strength.”

Chairman of the Friends of Barnwood Arboretum Ron Keasley added that “we were keen to be involved in this global project honouring the queen and this very good cause. It was good that our MP involved the children and staff from Barnwood School who regularly visit the arboretum."

There was one other silver birch which Richard donated to the Kingsway Green and Sustainability Group, on the advice of Kingsway Cllrs Jennie Watkins and Richard Cook, whose wife Tricia nurtured the young plant. City MP Richard noted:  ‘Any Primary School who would like to have some of these beautiful trees at school can write directly to ask for some from the Queens Commonwealth Canopy https://queenscommonwealthcanopy.org/ - and I encourage you all to do so.’ 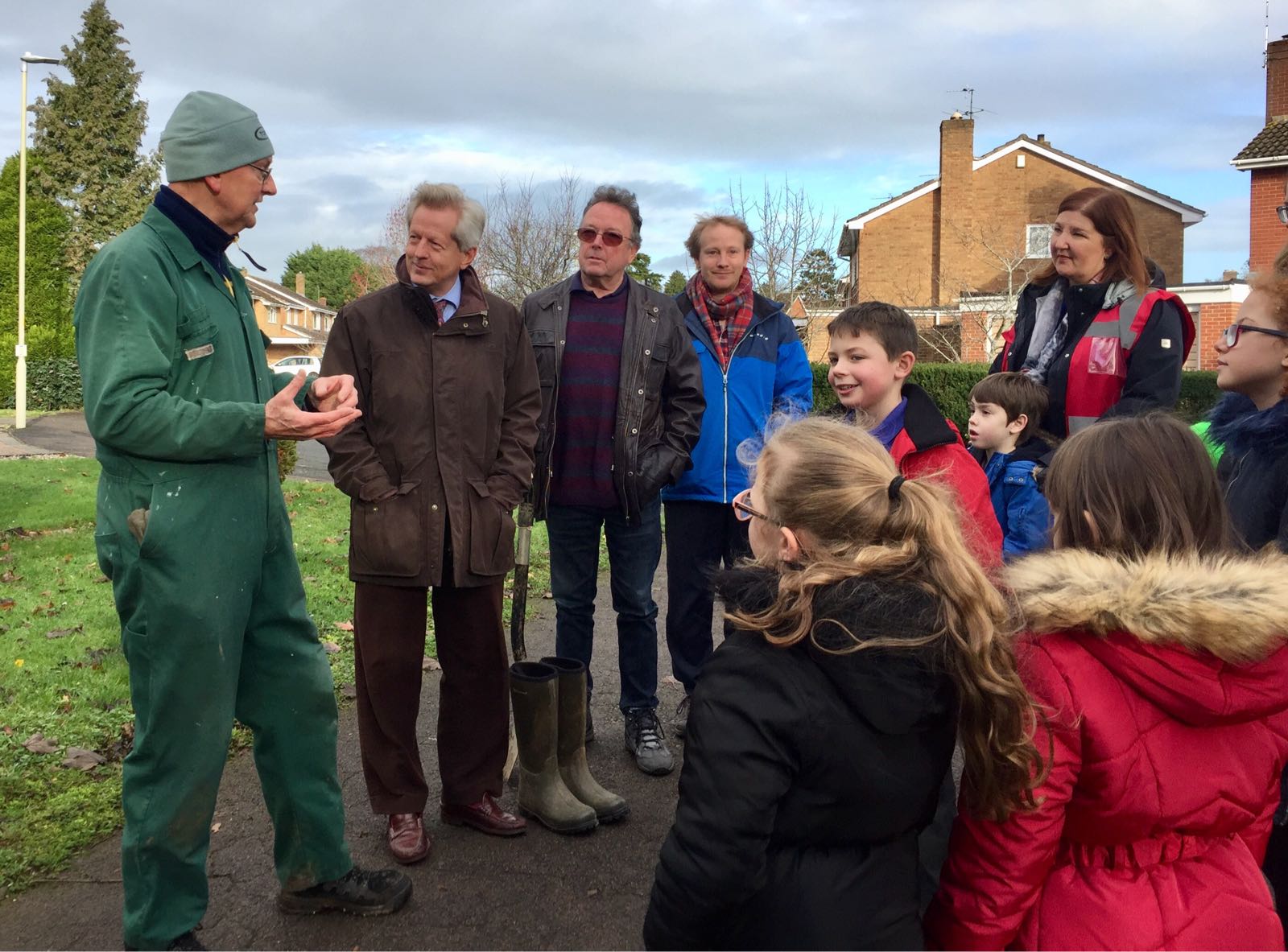