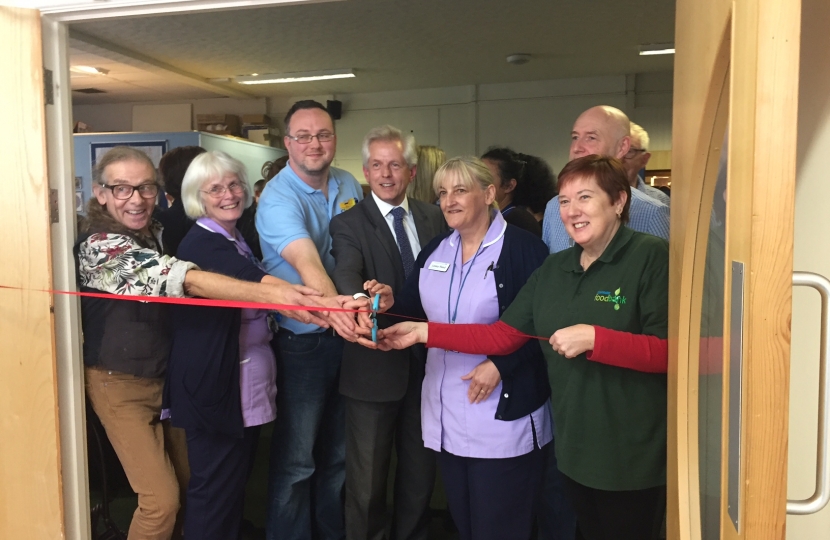 The ongoing need to support homeless people in Gloucester was highlighted at an official opening for the George Whitefield centre to mark World Homeless Day.

The centre is a joint project between the NHS, Gloucester Foodbank and Gloucester City Mission which offers a range of services for people in need of healthcare, emergency food parcels and housing support.

Richard said, “today is a gathering of a huge number of people who do a lot of great things for our community. One sign of a community is a strong core of compassion, and that is what we have here today. All of you can take immense pride in helping people get back on their feet.”

She said: “This is a very special coalition of services that are housed in this building, Our NHS Trust, Gloucester City Mission and Gloucester Foodbank together are offering under one roof a set of services for people who have no permanent roof to call their own.”

Guests heard that amongst homeless people, national statistics reveal that 70 per cent report physical health problems, 80 per cent report mental health problems and a quarter have been admitted to hospital in the last six months. Male life expectancy is just 47 years while female life expectancy is even lower at 43 – both more than 30 years below the national average.

Ingrid added: “That shows the depth of physical and mental health needs. The health inequalities are stark.”

Pat Prosser, representing Gloucester Foodbank, said it had given out 5,500 food parcels in the city the last year, adding: “That reveals the extent of poverty in Gloucester.

“I don’t think we realise sometimes how many people there are around us that need a food parcel. There is a substantial group of people who are only a meal away from starvation.”

Dave Kinghorn, from Gloucester City Mission, said the links between health and housing made partnership working all the more important. He added: “We want to see more joined up working in the city. We have this space at George Whitefield and if there’s work we can do together we would love to hear from you.”