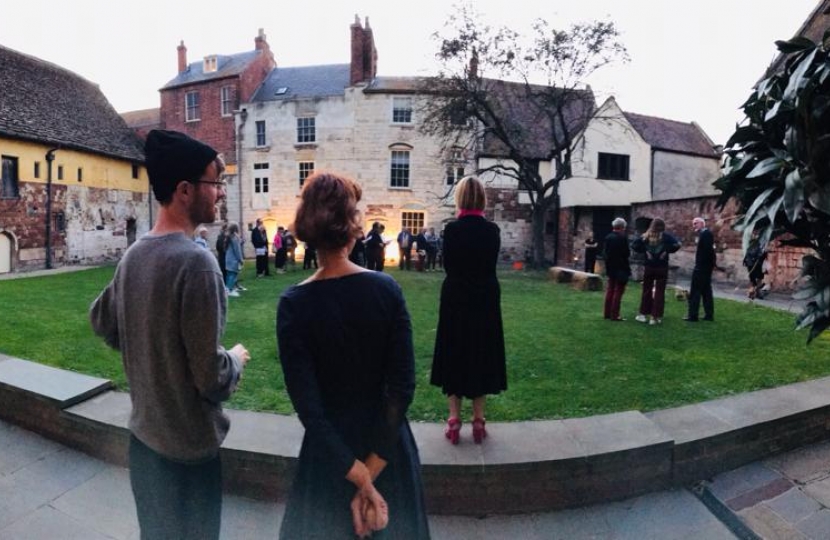 Last year should have been an exciting 10th anniversary celebration of the Gloucester History Festival that I started in 2011 and which, with the help and hard work of many, has grown into one of the country’s leading History Festivals

Instead of course we had to go largely virtual - a pared down Gloucester Day parade with plenty of visors and masks, no church service, no Blackfriars Talks in Blackfriars and so on.

Gloucester History Festival as it was - 2019

And yet - thanks to the hard work of our freelancers, the persuasiveness and energy of our President Janina Ramirez, the generosity of speakers, and yes the advances of technology (and we who use it) - we had almost exactly the same attendance (24,000) as we had in 2019. The only difference was that this time our guests and customers were more widely sourced – watching from the US, Europe and even Tasmania - from home, and on a screen.

We lost a lot of money, because watching someone speak on a screen is not the same as being under the same roof together - and harder to charge for. Thanks to our patrons, sponsors and the government Cultural Recovery Scheme, however, we did not go under.

And what we missed most last year - people, a buzz, the unexpected, the courtyard at Blackfriars filled, the chance to bump into great historians and local stars, swapping tales and buying books signed by authors and hearing groups discussing issues in City voices events - all of these are back this year with a vengeance. The Festival should once again bring our City Centre alive, with unmasked Town Crier Alan Myatt echoing across the Severn and down the Golden Valley. 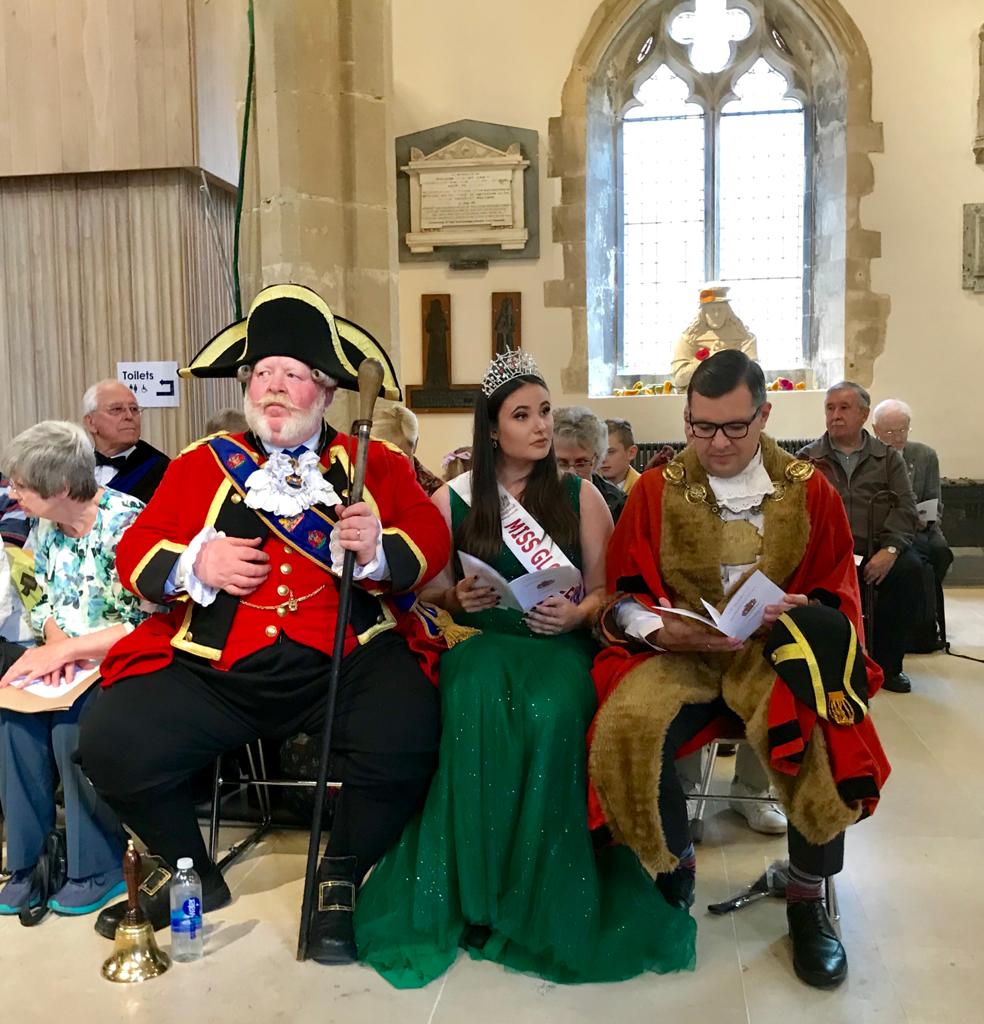 "With an unmasked Alan Myatt echoing across the Severn & down the Golden Valley.."

So 2021 will see 40 Blackfriars Talks, discussions, conversations and interviews – in more space, fewer seats and far better distanced than ever before, using both doors to the priory to reduce any risks. There is lots that is special including the world première of a new documentary on the Glosters at the Battle of Imjin River 70 years ago, with hitherto unseen footage stored in the Soldiers of Gloucester Museum.

From this international event (topical on the merits and hazards of military intervention abroad) to the local: we also stage what we think is the first ever launch of a book formally authored by a History Festival. Gloucester: Recreating the Past by archaeologist Andrew Armstrong and local historian / illustrator Phil Moss, published by the local History Press. A great opportunity to reimagine our city. 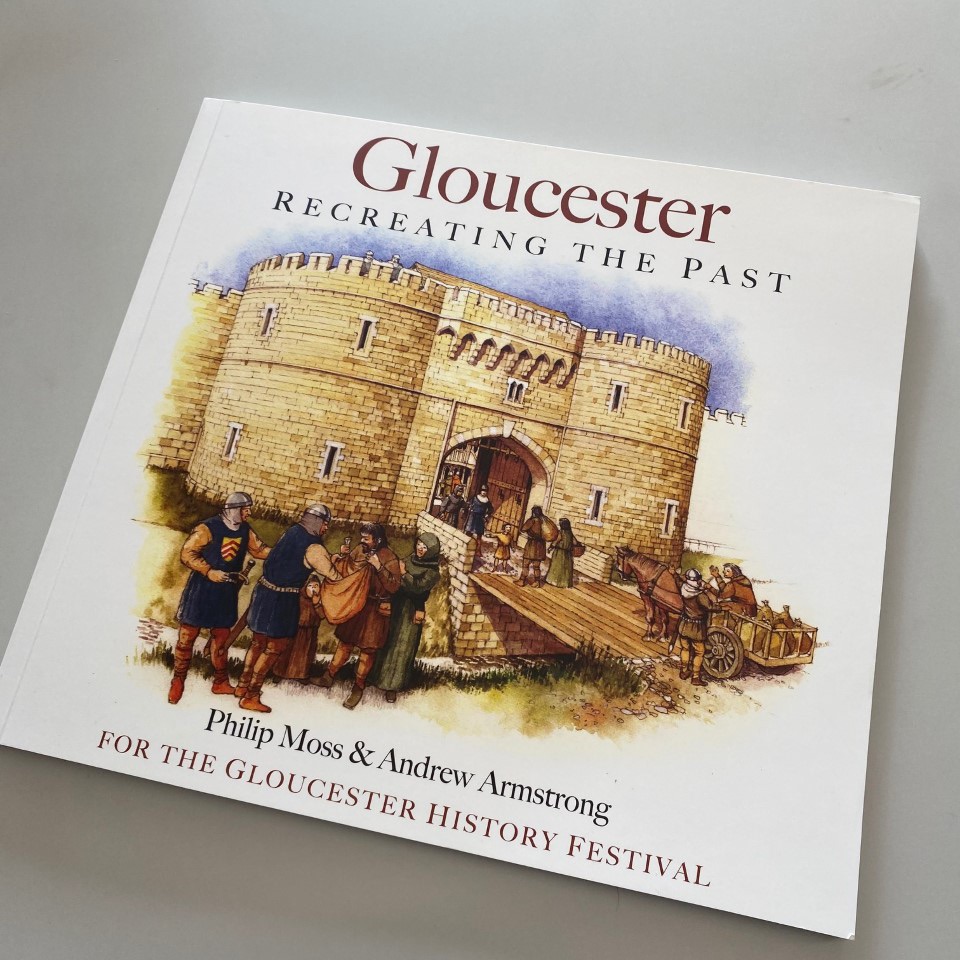 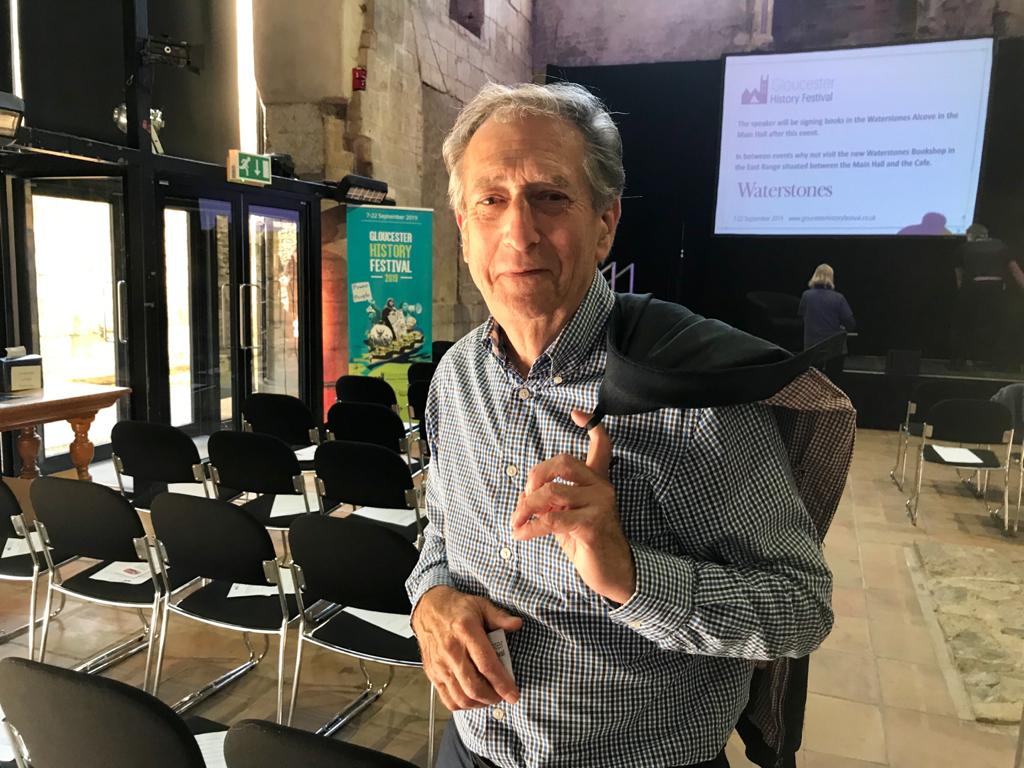 And for nine days of Blackfriars Talks the ancient courtyard will be filled with stars and Festival favourites like our President Janina Ramirez, who starts off with Raiders of the Lost Ark on 11th Sep, Dan Snow (TWO talks, one involving the last Korean War veterans), Sathnam Sanghera, Max Hastings, Michael Wood (on Aethelfaed, our Lady of the Mercians), Jonathan Dimbleby (Operation Barbarossa) and many others. 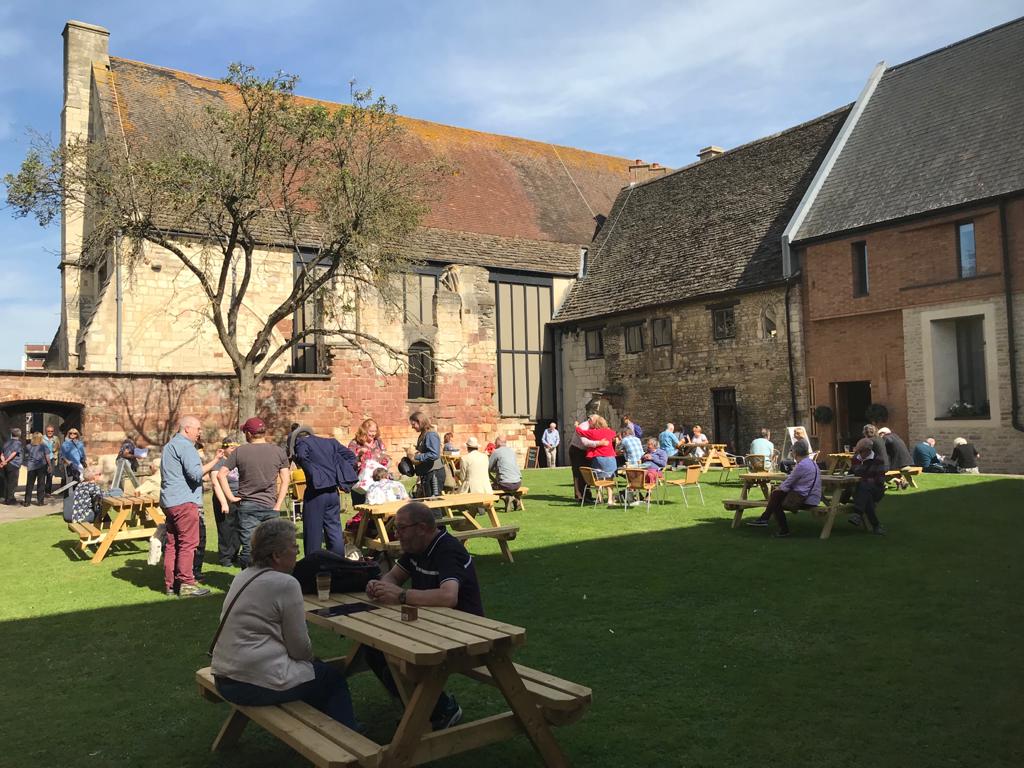 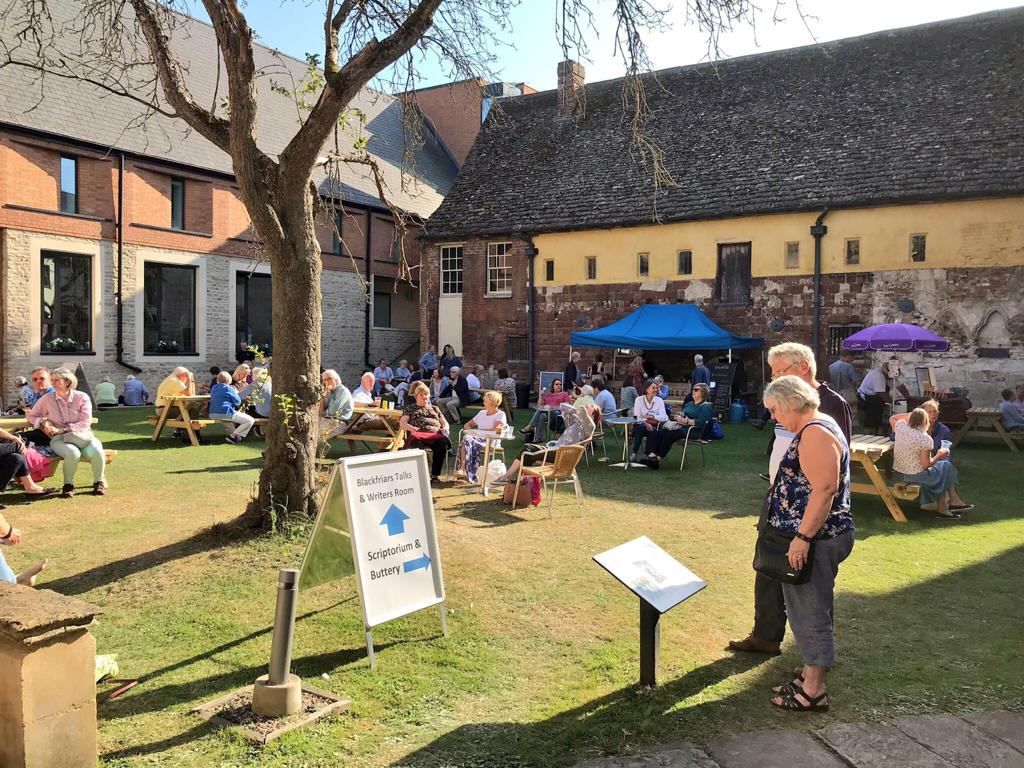 Present or former colleagues in Parliament will be here too – thoughtful veteran economist Vince Cable mostly on..economics: Jess Phillips with fun, energy and views on everything under the sun: Colonel Bob (Stewart)’s vivid memories of War in Bosnia and V&A director Tristram Hunt on the great potter Josiah Wedgwood.

Whether Malta in WW2 (Operation Pedestal), Pandor’s Jar (women in the Greek myths), the Benin Bronzes, Stuart palaces, Eleanor of Aquitaine, Hans Holbein, the Seven Years War - well we have a feast for you. 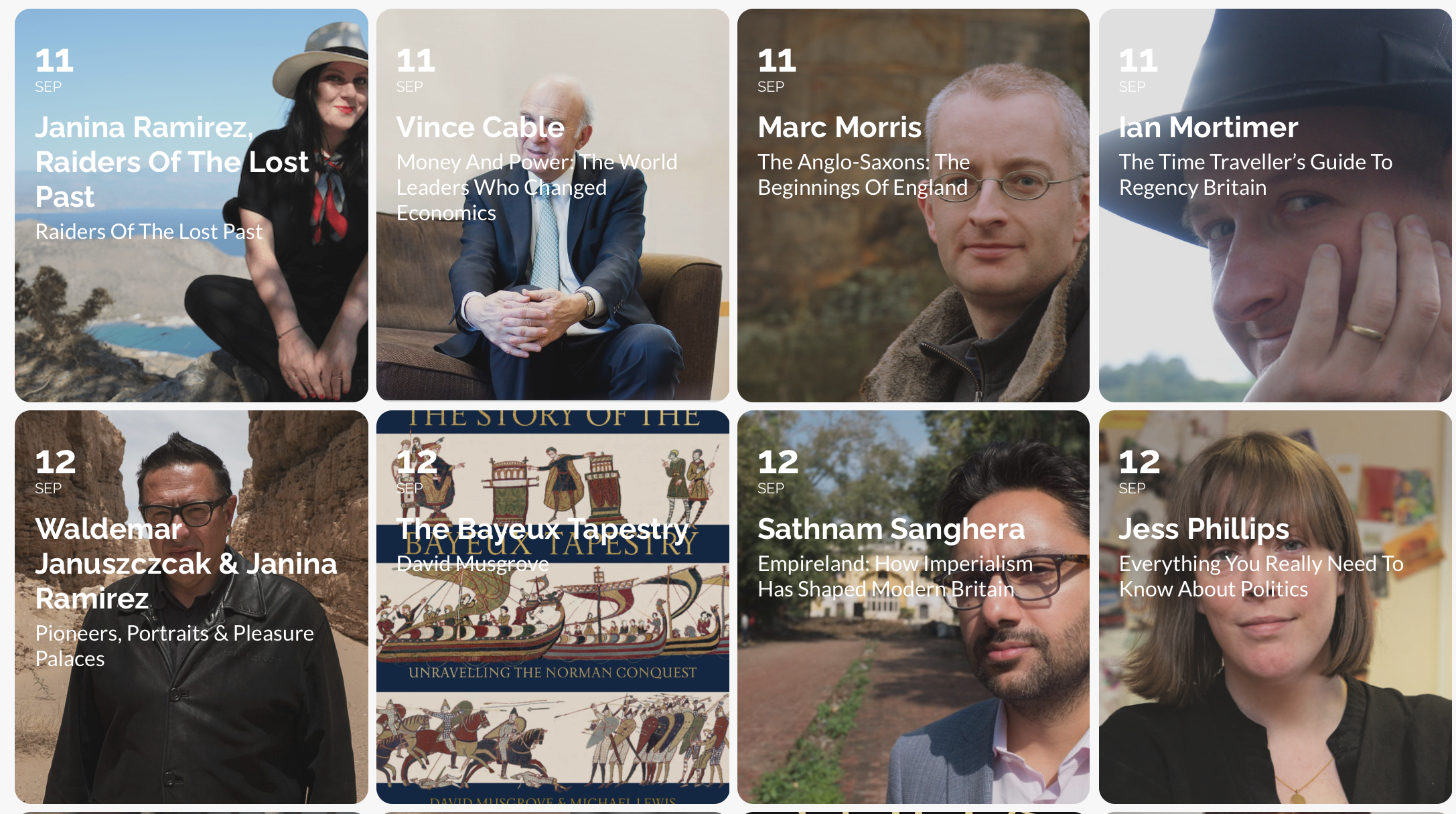 That’s on top of a revived Heritage Open Days, with masses of Heritage buildings open to the public free of charge, and Heritage Walks organised by the Civic Trust and Gloucester Day back in full swing. This year will see a celebration of both re-opened Heritage on Westgate and of our newly opened Quayside Health Centre. 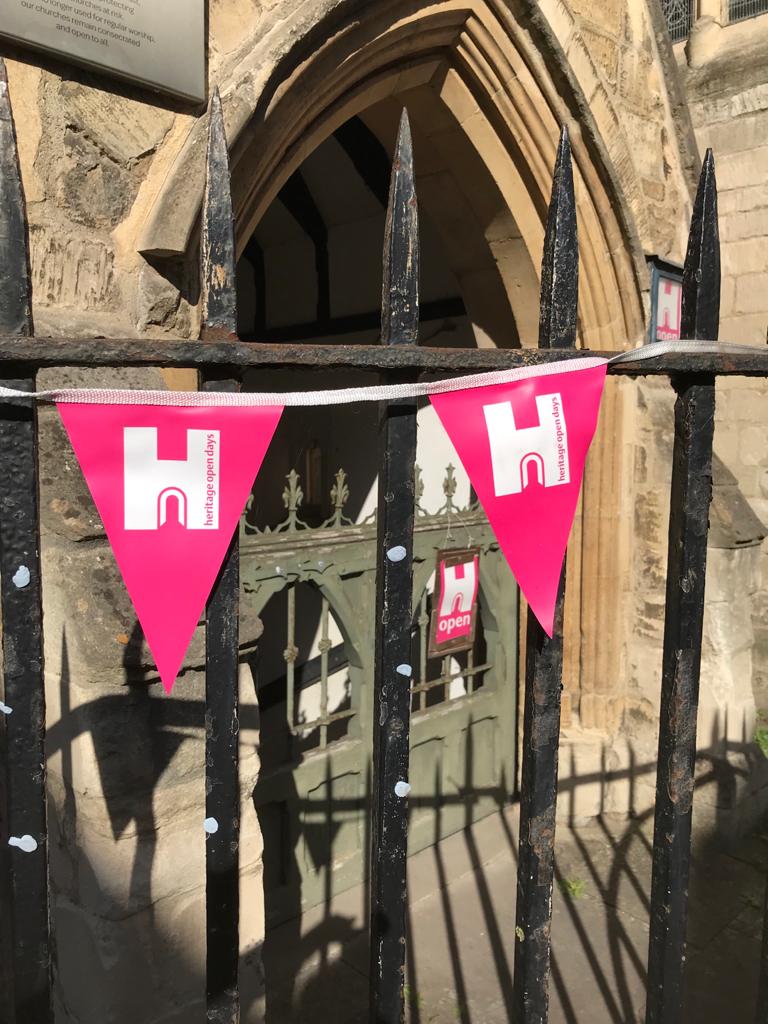 A chance to visit some of Gloucester’s rich Heritage that’s rarely open to the public..like this entrance to the closed St Nicholas, with its Leaning Spire of Gloucester

Great Gloucestershire names Jenner, Gurney and Dowty: (vaccinations, poetry and aviation) are not forgotten either, with new research or iinsights on them too. I can’t list all the events I’d like to go to but I love the sound of the outdoor Robinswood Storytelling event (7 Sep), Council Housing pre 1915 (8 Sep St John’s) - and do we have some secrets to be revealed at the Gloucester & the Slave Trade documentary and panel at our University of Gloucestershire’s Growth Hub (Oxstalls 9 Sep).

So I hope you find and book what you like through www.gloucesterhistoryfestival.co.uk  After all without your support who knows if we make it through the next ten years intact.

A big thank you too to the National Lottery Heritage Fund, Historic England, DCMS, our City Council, Ancestry.com, the Gloucestershire Heritage Hub and other partners, sponsors and supporters - and my fellow volunteers, trustees and freelancers for this year’s Festival. Without you we wouldn’t be back.

I hope you enjoy it all as much as I know I will - (and do come and join me discussing China with author and historian Rana Mitter – 2pm 19th September Blackfriars!) 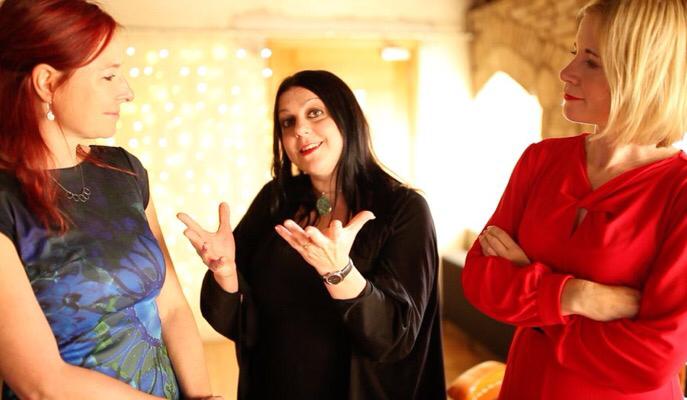 Where do I stand on MPs and second jobs?

At a General Election hustings in 2010, Town Crier Alan Myatt asked all candidates to promise that if elected they wouldn’t take any second or other paid job from another employer (except the government).

I gave that commitment then & have stuck to it ever since.