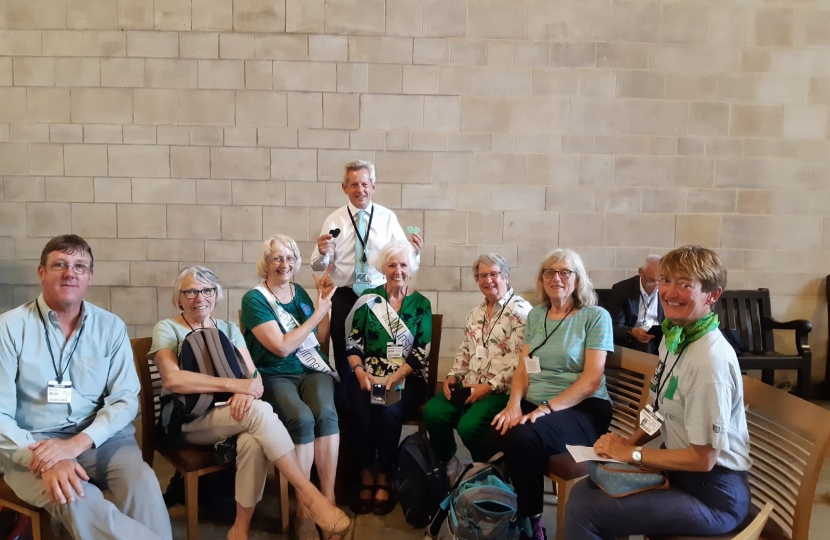 In a meeting with a dozen constituents from ‘The Time is Now’ lobby, city MP Richard Graham said the UK has become the first G20 country in the world to legislate for net zero carbon emissions by 2050 and agreed that ‘it’s all about clear action plans to make this happen now – nationally and locally.

Richard heard constituents representing the WI, Gloucestershire Wildlife Trust and Christian Aid - all emphasising their belief in the seriousness of climate change and their desire to see visible change on the ground.

Richard Graham said ‘It’s clear that climate change is an issue held dear by many people in Gloucester, so it was great to meet many of my constituents at the biggest ever mass lobby for climate, nature and people. I heard their views and I fully agreed with them, in there are still too many people in Gloucester who hardly engage i.e. the basics of recycling. This is a real challenge and my belief is that it can best be tackled at an individual, neighbour, street, community, as well as at a city council enforcement level.’