Gloucester Day - Celebrating the best of our City 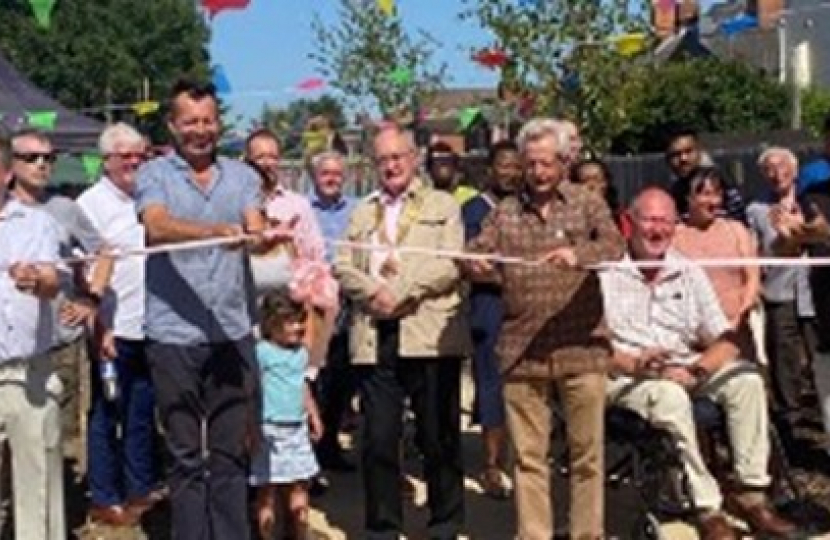 Gloucester Day- the first Saturday in September- celebrates the relief of the Siege of Gloucester in 1643 from King Charles 1’s army of 30,000. Many cities would have surrendered: Gloucester, against the odds, did not fold and London came to our rescue.

It’s a good metaphor this winter: we will all need to be resilient in the face of inflation and energy prices - and we’ll need help.

There are measures already in place (see my FB page @richard4gloucester) but we need more. So the first priority of the new government next week will be how best to help those in most need against energy prices increase - both at home & for energy intensive businesses.

We will all have to do our bit - and government measures will be key, as they were in the pandemic.

Meanwhile our own regeneration in Gloucester still pushes ahead, whether through the Levelling Up Fund (LUF) or business investment: 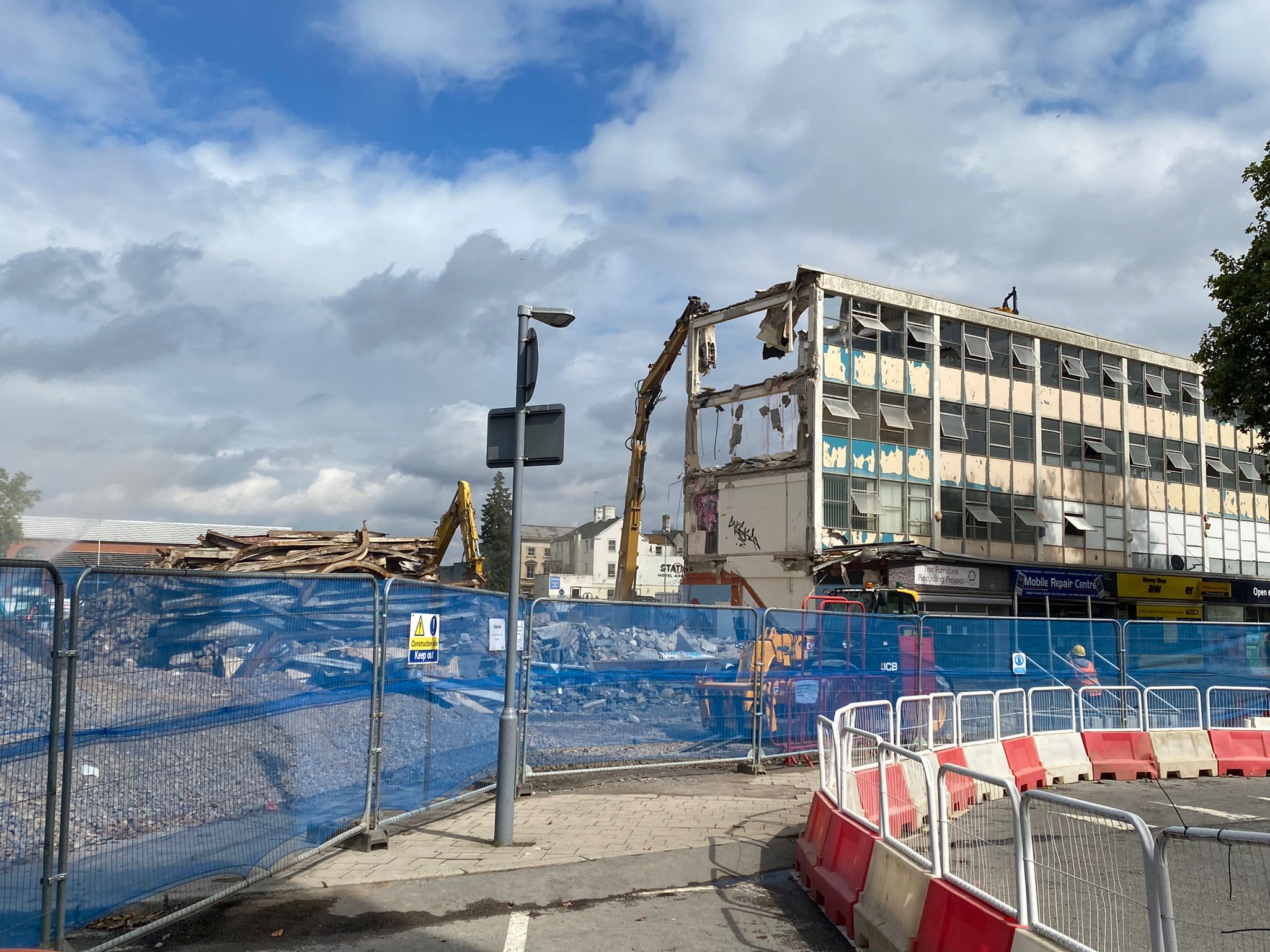 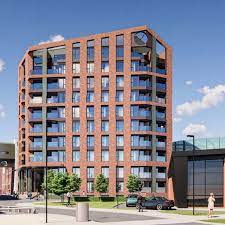 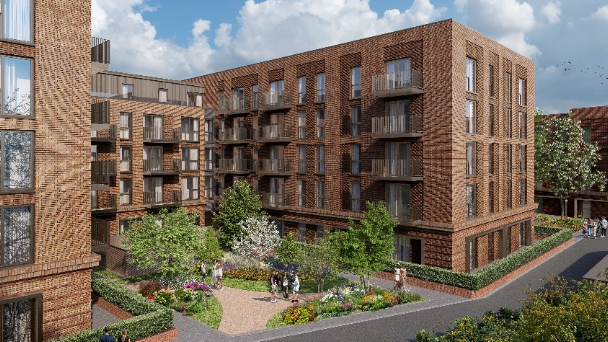 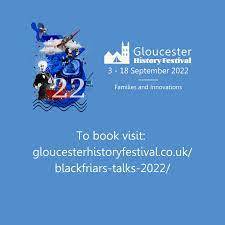 Best ever results for Holmleigh Park and Gloucester Academy

Here are some figures to surprise many readers:

The % of A*-C results from A level students in Gloucester included 66% at Kings 66% at The Crypt and 62% at Holmleigh Park (ex Beaufort). Holmleigh Park’s results were in many cases 4 times better than their results in (pre pandemic) 2019.

Down the road Gloucester Academy pupils scored on average this year over 1.4 grades better in every exam than in 2019.

Their estimated ‘value added’ rating - the key measure of a school’s performance- would put them in the top half of schools nationally.

Readers will remember that in 2009 the Gloucester Academy’s GCSE results were the second worst in the whole country.

These results mean that every parent in Gloucester should be confident that your child can get good results and opportunities from every school in our city.

It is also proof that the right Multi Academy Trust can deliver outstanding results - and this is what Greenshaw MAT has done at both schools. Nor is this a one off fluke: Henley Bank (ex Millbrook), just outside my constituency, has been with Greenshaw longer than Holmleigh Park and GA and has even better results.

This is the best and most exciting news for families across our city - everyone should have the chance to succeed wherever they go. 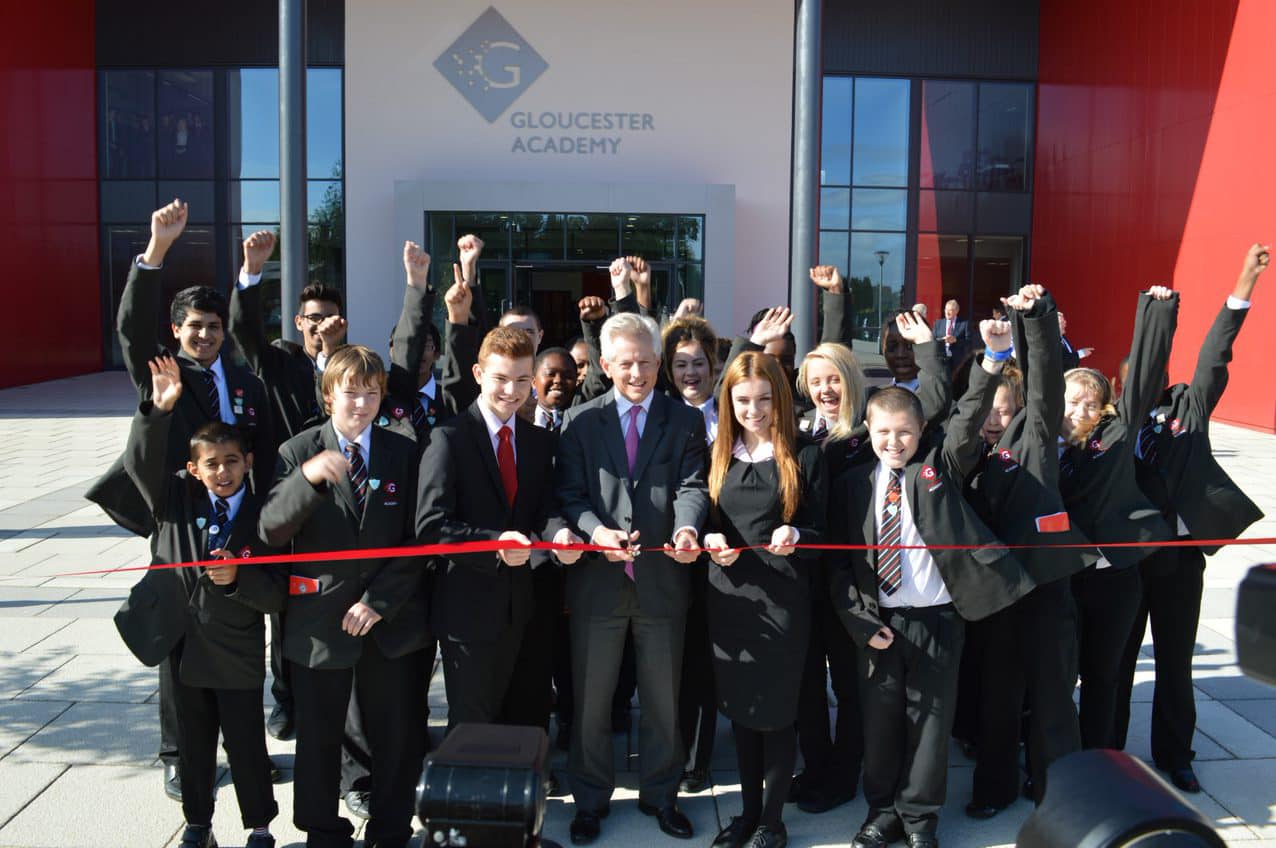 Opening Gloucester Academy in 2013. It’s been a long journey but under Greenshaw’s leadership the pupils have achieved their best ever GCSE results, and at least a grade higher in every exam than 2019 (pre pandemic). Well done pupils, teachers and Head. 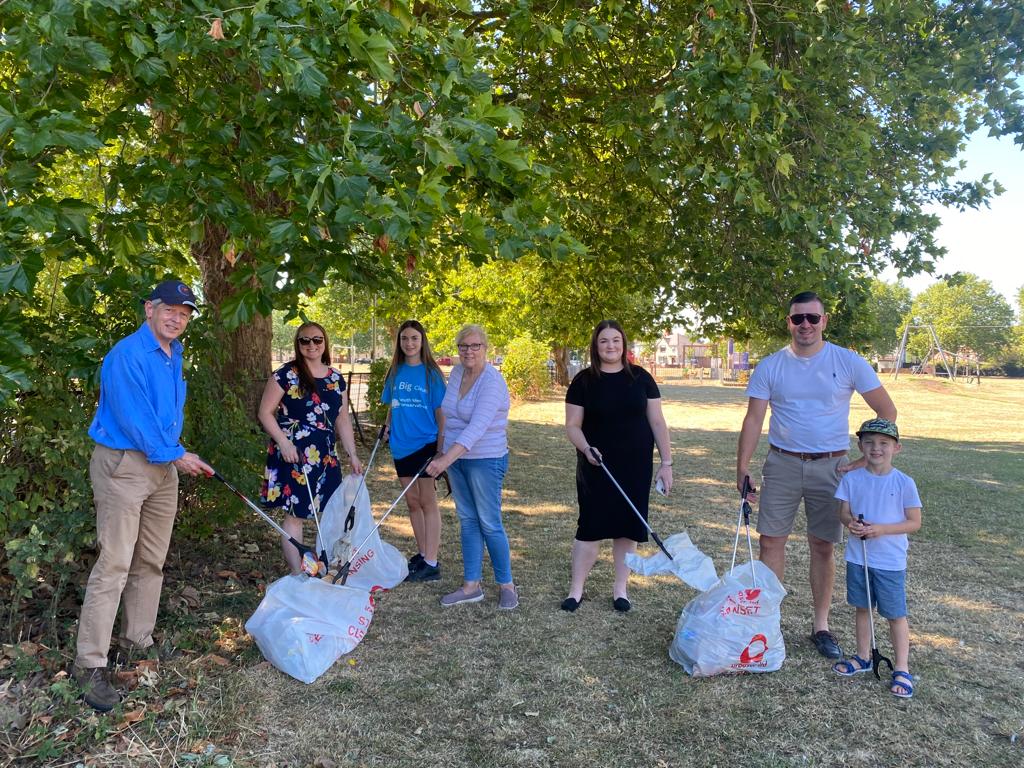 Then there's the community clean up activity. For example, Cllr Lyn Ackroyd recently organised litter picking in Dorney Rd and The Lannett in Moreland that I joined. It's great that she's helping residents also play their part in keeping our playground and green spaces green.

Big thank you also to the many volunteers who litter pick in your street, area and in some cases across the city, and to the Community Payback scheme. They’ve done great work in Gloucester Park and across Trier Way too.

Let me know if you want to join one of my litter picking sessions and help keep our streets clean too.

Community takes to the stage with Redwell Centre show

Sarah O’Donnell and her husband Matson Cllr Brendon O’Donnell were among local residents who put together the Bunker of Zion celebration of Zimbabwean culture at the Redwell Centre.

Sarah, Ellie and Naomi led the GL4 team who worked together with the Collaborative Touring Network. Culture in Matson? You better believe it.

For more details of future GL4 shows visit www.gl4.org.uk and for details of activities at the Redwell Centre see their Facebook page at: www.facebook.com/TogetherinMatson 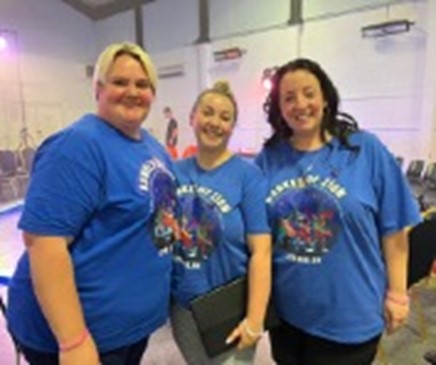 Huge congratulations to the trio at GL4 - Sarah, Ellie, and Naomi, for what you’re doing 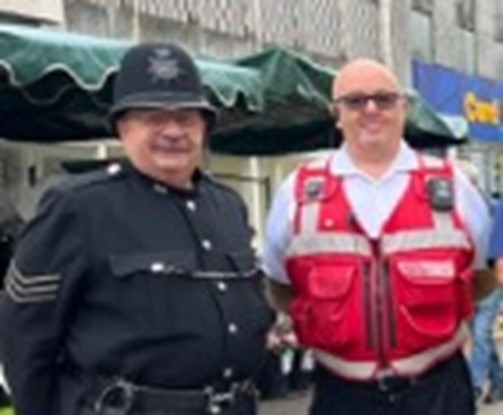 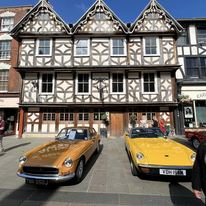 Over the August bank holiday Gloucester held the annual Retro Festival which was founded by the late Cllr Colin Organ.

Thousands flocked to the City Centre with streets divided into different periods and to Retro in the Docks where volunteers led by Tony and Zita organised activities in the main basin and the Soldiers of Glos Museum organised a great turn out of Armed Forces linked units. Gloucester likes to dress up and  Cabinet member for Culture Andy Lewis appeared as Sergeant Dixon of Dock Green.

I liked the City Council holding the inaugural Colin Organ Photography Competition in his honour - combining his love of cars and photography.

Gloucester did him proud and will continue as part of his legacy. 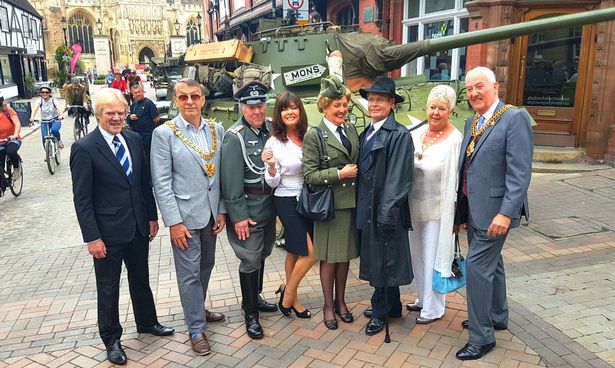 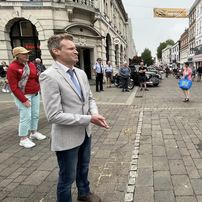 What about health, such a vital issue for all in our city? In August the new special and expanded ward for the elderly has opened in the Gloucestershire Royal Hospital (GRH).

This is part of a multi million taxpayer funded series of improvements to the GRH. Same Day Emergency Care already in operation in the Atrium is another, and the bigger new Emergency Dept beside A&E is well advanced.

It's a good example of the Hospitals Trust NHS and government working closely to make sure we continue to get investment into the right health facilities, as I saw both before opening and then when the ward was in action during my annual summer volunteering in the GRH.

Everyone in our Hospital is doing their best to help those who need it - and very conscious of what more needs to be done to move on those who do not need to be in A&E to free up space.

Resolving that creatively is a major focus of NHS Glos and for your MPs in the county. I can promise my constituents the care that almost of all you will get - with occasional mistakes - is high quality and delivered with real care. 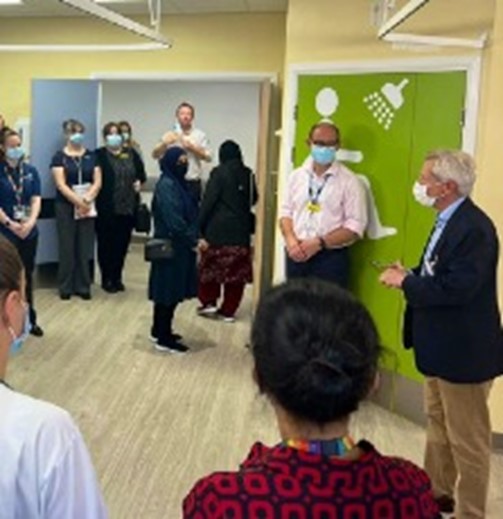 So there was much to celebrate on Gloucester with our royal visitors TRH The Duke and Duchess of Gloucester and no better way to do so than a drink at the award winning The Pelican or another of our many city centre pubs. 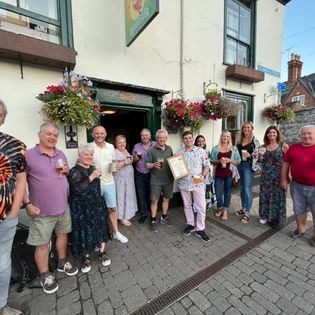 Celebrating The Pelican Award with landlord Mike and customers

See you in the City Centre soon!

P.S. What did you think of the Retro Festival and Gloucester Day? Let me know your thoughts.