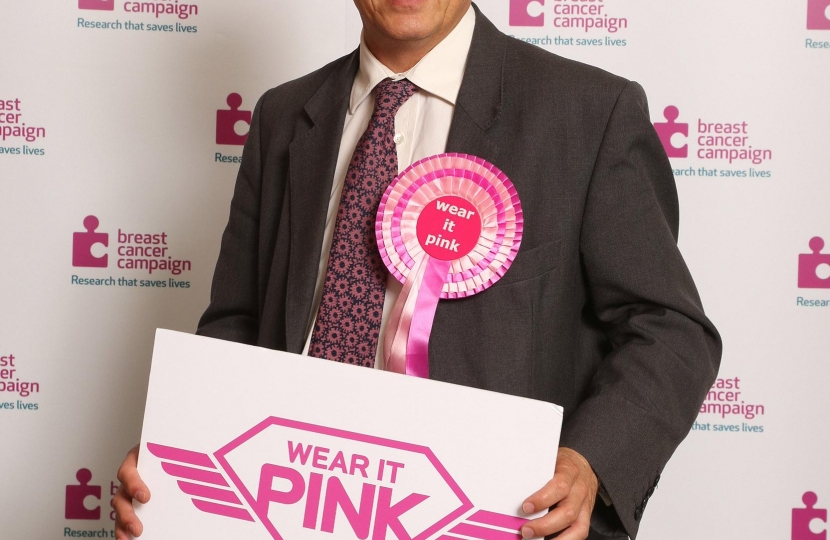 Richard Graham MP said the nearly 400 women in Gloucester who were impacted by the Breast Cancer screening programme error in May will have now been informed, and that anyone who hasn’t been contacted is not affected. “Anyone who has been impacted should get all the support they need, and the helpline (open 8-8 every day) is 0800 169 2692,” said Richard, “but if anyone is having difficulty they are welcome to contact my office on 501167.”

Recent statistics also show that nationally up to 174,000 women were affected by the issue and up to 75 may have had their lives shortened as a result of missing their final screening. Richard said, “Health Secretary Jeremy Hunt has apologised unreservedly. It’s important that we react now to help those affected in every way, and make sure that the investigation uncovers how the system to alert patients of their appointments let us down so this never happens again. Our cancer screening programme is recognised around the world, but we cannot have these errors.”

The Health Department have issued figures claiming that 379 women in Gloucester were affected and that all should have received an appointment for screening, or been screened already.

On 2 May 2018 Health Secretary Jeremy Hunt informed MPs of a ‘serious failing’ in the national breast screening programme in England, which resulted in thousands of women aged between 68 and 71 not being invited to their final breast screening between 2009 and May 2018. The Health Secretary has since confirmed an additional 68,000 screening appointments to ensure all women affected who want a screen will be seen by the end of October without impacting other patients. There will also be a full independent review into the error, which will also consider how best to involve affected women and will report in November.

There are new nursing assistants apprenticeships and more nursing degrees, new technology, more funding for hospitals and changes in nursing pay too. Find out more about health, social care and the NHS.