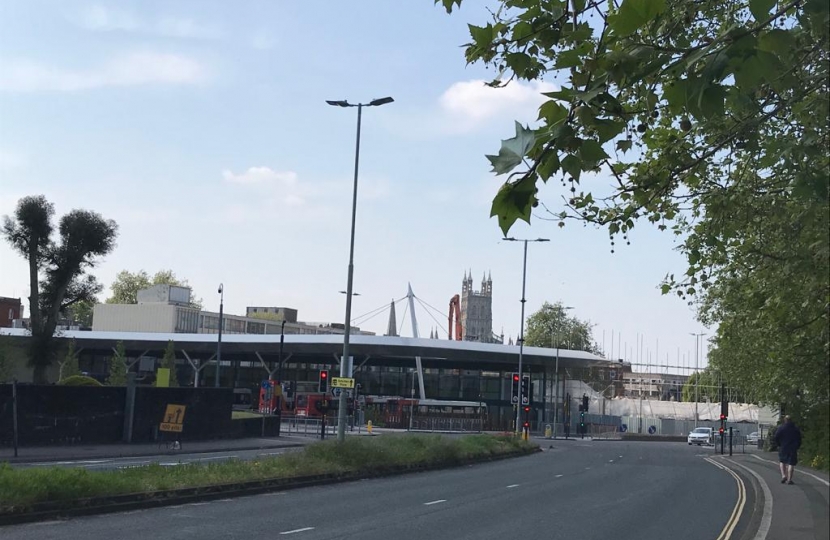 Most of my time and yours in the last month has inevitably been spent on dealing with Coronavirus, the implementation of new laws and their impact on Gloucester and more widely.

So what’s been happening to Regeneration and Infrastructure projects in our Roman ‘City of Light’- have they just dried up or come to an end?

The good news is that lots has been moving forwards. Here’s some of the progress since the beginning of March:

* The most visible – the car park and office building beside the old Bus Station have been pulled down by City Council contractors (helped by much less traffic, enabling a one lane closure of Bruton Way).

In due course this will be replaced first by an office block then a new hotel (I hope 4 star) and then a modern car park after Grosvenor House has been pulled down (which is why it hasn’t been refurbished).

Tesco will move across the road to the edge of Kings Square. And 6,000 tons of stone and rubble will be recycled, not least into the core for the re-development of Kings Square.

As you go over Metz Way into our City Centre, this is now the first time in a generation that the view to the Cathedral isn’t blighted by an eyesore.

Meanwhile the City Council/GWR/LEP project at the railway station is moving forward: that will include a wider exit onto Bruton Way and a new exit onto Metz Way through the original car park, which will speed up journey times and reduce traffic. I anticipate work starting there this year. 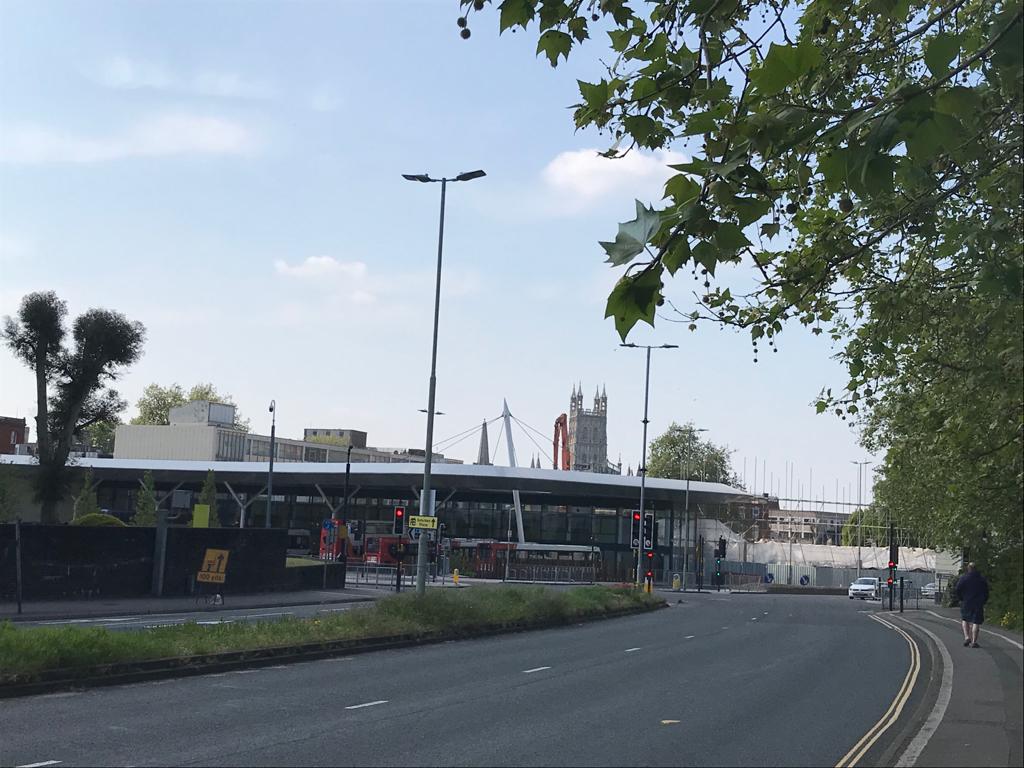 * Almost as visible, but only if you’ve been to the Docks recently, is the destruction of the grizzly concrete silo beside Downings Malthouse on Merchants Rd along from the cinema in the Docks.

Developer Rokeby (who did Bakers Quay, the Premier Inn etc there) have kept the facade of the Malthouse, where in due course more people will live, close to the canal, while the interior has been stripped out. 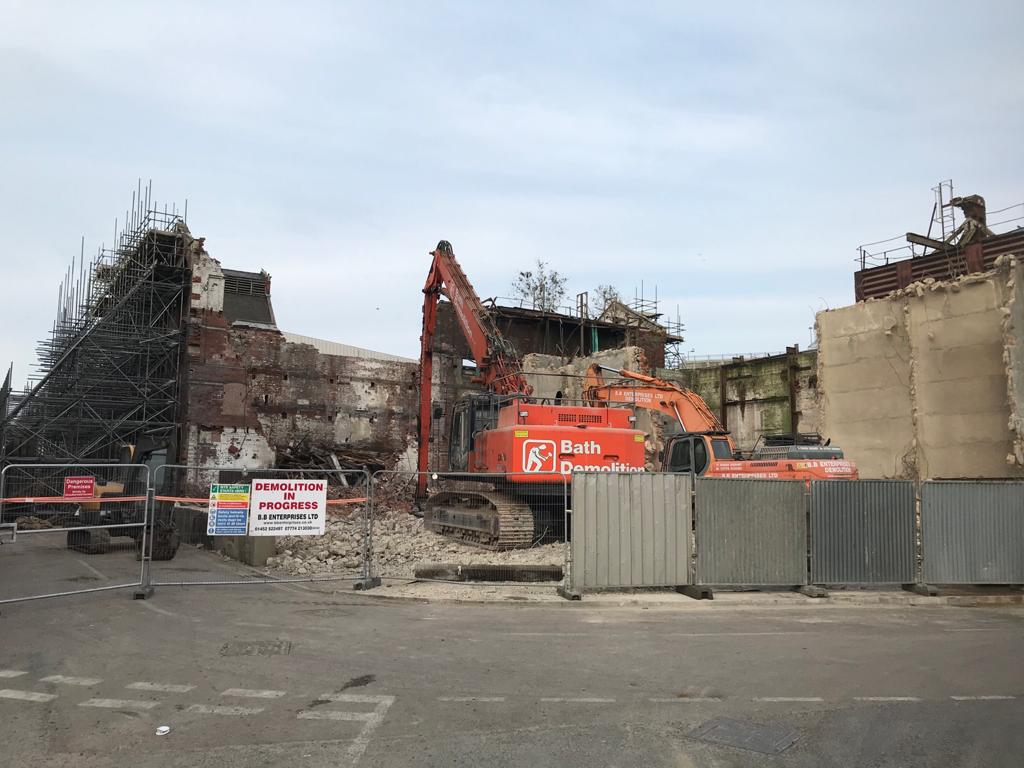 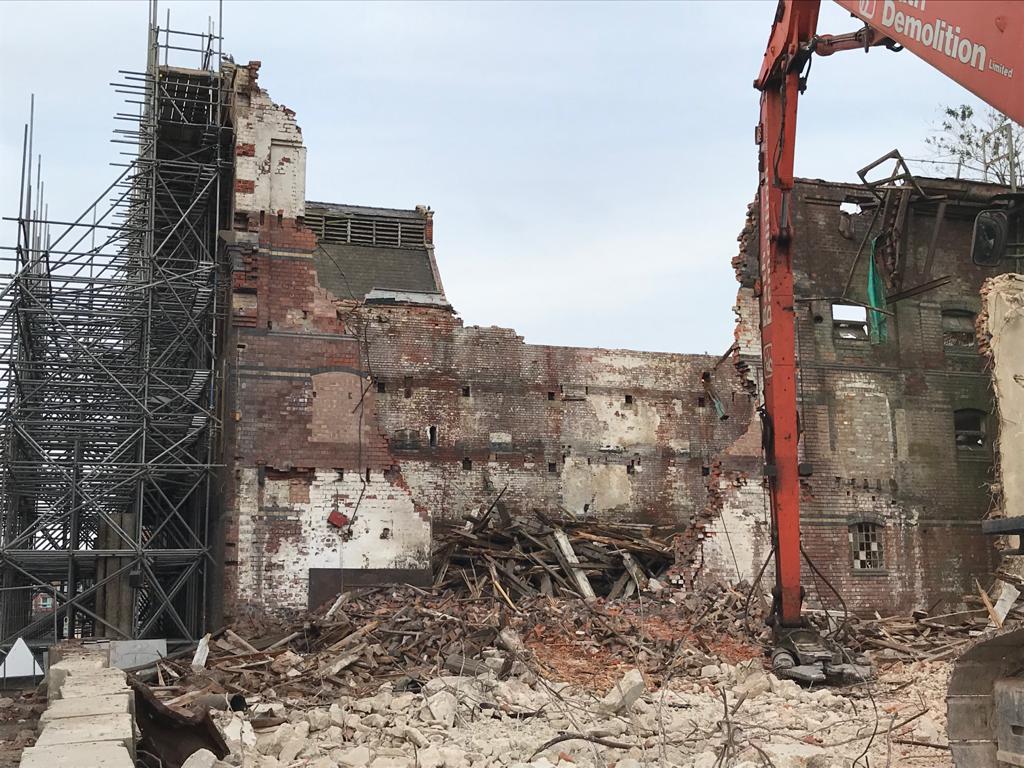 * Less visible – the work on a new City Health Centre on Quayside (ie between Shire Hall and the River Severn). It’s mostly hidden behind some unimaginative hoardings but important work is moving forwards. At a time when health is on all our minds this is a happy addition to our health facilities. 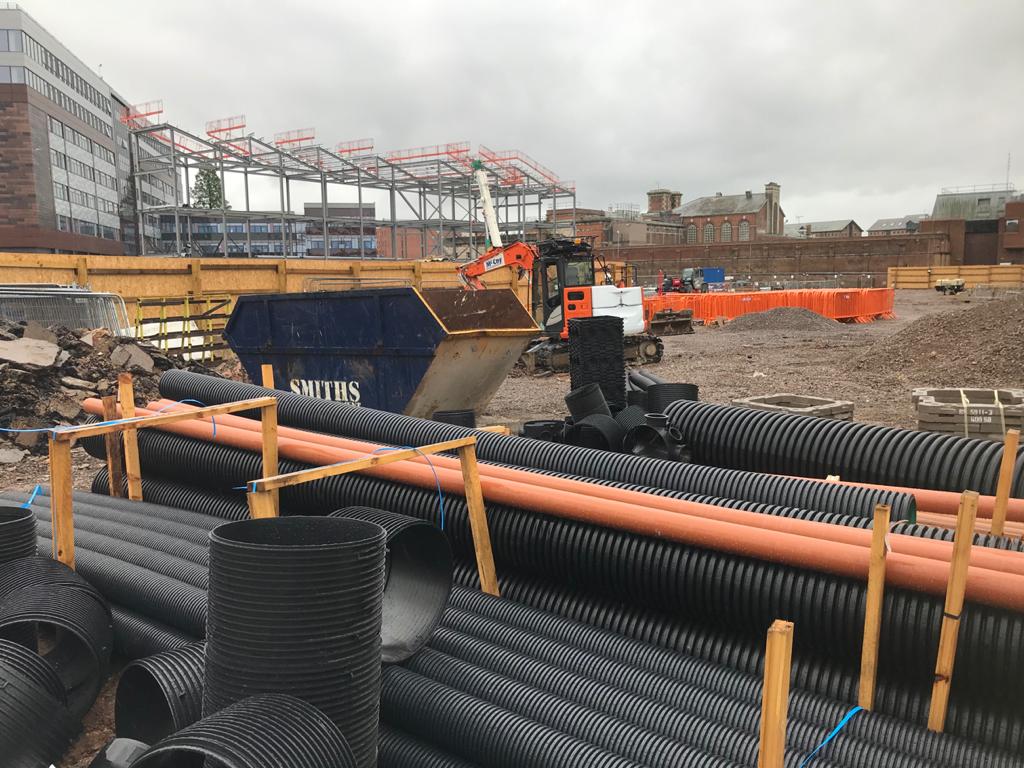 * Off the beaten track - the work for a new stadium and track for Gloucester City Football Club (GCFC) at Meadow Park continues - to the great credit of share holders, who continue to put money into this development, and the Football Foundation, although all of us are unsure yet when competitive football will be able to be played again.

* Not at all visible yet – earlier in February there was a public consultation for the proposed new Blackbridge Sports Hub. Clubs and residents gave plenty of positive feedback and Active Glos, the City Council and other partners (like the Athletics clubs and GCFC) are now working on detailed plans. If all goes well – and this is the sort of thing that can be done from computers during the pandemic - a planning application should go before the Council this summer.

The result when completed should be much better use of all the sports fields at Blackbridge, including by Gloucester City Football Club Youth Teams, and better facilities for the athletes using the renovated Gloucester Athletics Track. 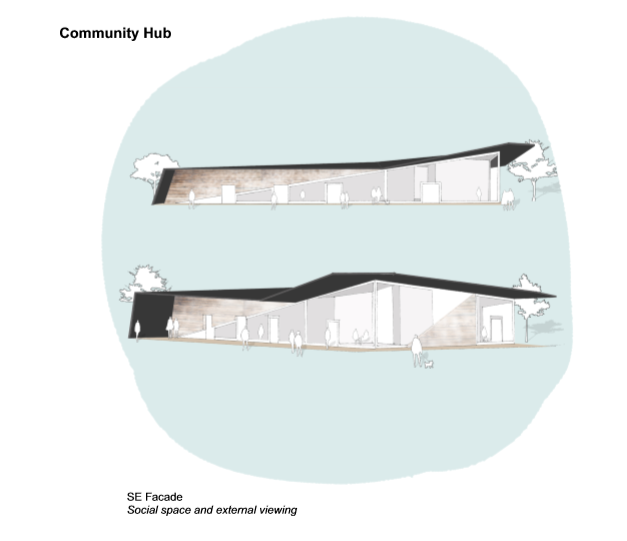 * Lastly visible although temporarily no action: the giant new Primark on the old BHS site on Eastgate Street. My understanding is that Primark are keen to complete and open next year as scheduled - which gives me confidence that work will re-continue soon.

So real progress on the old bus station, which will lead to a new hotel, offices and car park: and behind the scenes progress at the Railway Station: progress in the Docks, at the new City Health Centre, at Meadow Park and at Blackbridge, with confidence in the Primark project.

Of course it’s not all good news - the second phase of the University regeneration at Blackfriars is likely delayed a year - but there’s much more going ahead than many people, locked down at home, would know.

So that’s why I’m sharing these photos and hope this reassures you that Gloucester isn’t only focused on keeping you safe and preventing our NHS being overwhelmed - we’re still going ahead with Regeneration and Infrastructure relevant to life and jobs after the pandemic too.

PS Let me know what you would other projects you would most like to see go ahead via richard.graham.mp@parliament