Chancellor signs off the preferred route for the A417 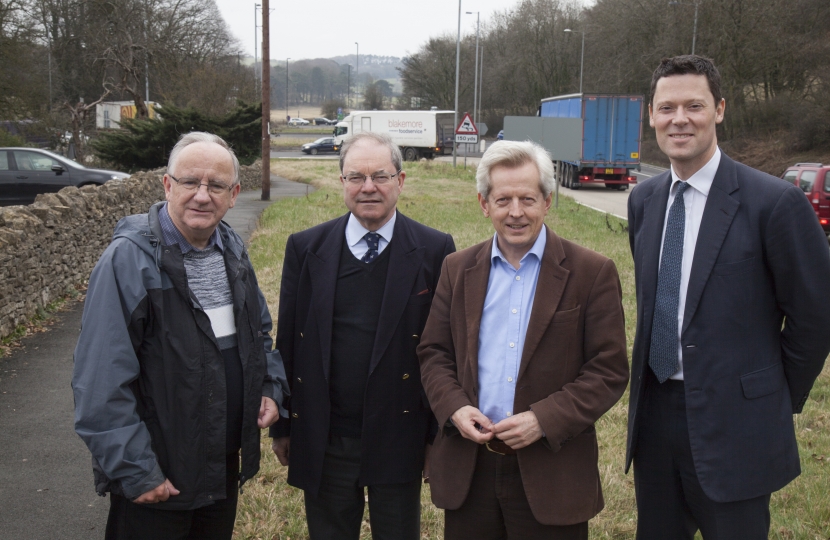 Chancellor of the Exchequer Philip Hammond MP has confirmed approval for the cost for the Preferred Route Announcement for the A417 ‘missing link’ road scheme, between the Brimpsfield roundabout and the Air Balloon roundabout.

Following concerted support for the project from Gloucestershire MPs, Richard Graham, Sir Geoffrey Clifton-Brown, Alex Chalk, Laurence Robertson, and Mark Harper, Treasury approval was given, and Highways England’s will make a preferred route announcement today. This will enable detailed, legal and design work to proceed in earnest, with a formal Public Consultation this summer and a funding announcement to follow.

The A417 dual carriageway has long been a source of frustration for local residents, businesses and those travelling through the junction. The road has also been the scene of many crashes, where it becomes a single lane and runs between Gloucester, Cirencester and Swindon, with congestion at the Air Balloon roundabout.

Richard Graham MP for Gloucester said “The proposed changes to the A417 will make a huge difference to my constituents, and to all coming to Gloucester from the south - making our county a better place to live, work and visit. It’s the biggest and most important investment in Gloucester infrastructure by this government - getting rid of a problem left by the last Labour government. Now it’s important that everyone – charities, environmental groups and residents alike – work together with Highways England to make a success of the detail and timing, so that the road is open to traffic in early 2024.”