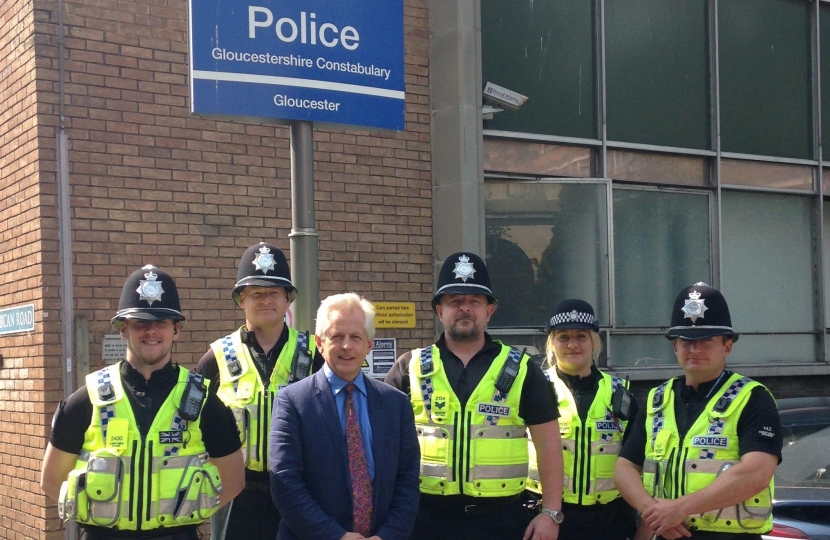 Some residents and retailers have written to me about an increase in beggars and apparently homeless people sleeping in the city centre.

They rightly point out that this puts off visitors, discourages investors and gives the wrong image of a city that should be known for its friendliness, heritage and good shopping. Of course this also doesn’t help the good work being done to regenerate our city centre, whether through Heritage Lottery Fund awards or government and City Council grants to improve streets like Southgate Street: or help to encourage over 5 million visitors a year to the successful Docks and Quays to walk up to the city centre as well. So what are we doing about this?

I’ve had meetings with the Police, the City Council and St Mungo’s. We all agree more needs to be done to make sure that rough sleepers are returned safely into the communities they come from (often not Gloucester), and that beggars are off the street so that no one is put off coming to the city centre. Part of this is about a more visible police presence in the city centre and I am pleased that Supt Richard Cooper has brought back a team of officers, based in Bearlands, to patrol the city centre more often.

Alongside this we have increased the breadth of compassionate help available for people in trouble. The appropriately named George Whitfield Centre (formerly the Railway Club) now houses a Glos Care Services unit for the Homeless, the Foodbank, the Gloucester City Mission and a Green Square debt advisor. To have these services all together under one roof, opposite the Hospital, is among the most joined up operations in the country.

I am determined that Gloucester be a city of compassion for those who need help: but that we do not become the destination of choice for rough sleepers and beggars in Gloucestershire, let alone further afield.

I believe that having the Police back in the city centre and patrolling more often, ready to use their enforcement powers if need be, alongside the services in the Whitfield Centre, is the right balance of tough love: and I hope you will continue to see the improvement that we all want in the centre of our city.

Have we got the balance right? Let me know how you feel about our approach to rough sleepers and beggars at richard.graham.mp@parliament.uk.