2018: The Year of Better Infrastructure 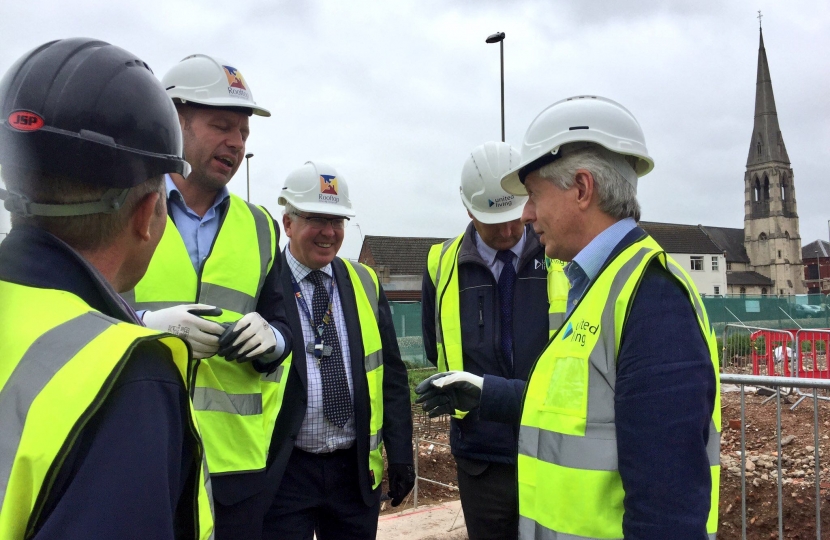 In addition MP Richard said we’ll know the result in February of our key bid to improve the train station itself, the underpass to Great Western Road/GRH and a new car exit/entrance onto Metz Way.

“These changes, and the success of our bid, will make a real difference to travelling to and working in Gloucester, alongside double the number of Swindon and London trains in 2018 and Cross Country commitments on Inter City trains,” the MP added.

The city council is playing a vital role in all these projects and Leader Paul James confirmed that there will be new public toilets in the new Bus Station. “I know how important these are,” said Paul, “watch too for news of progress on difficult sites like the ex-prison, the former Fleece Hotel and Kings Quarter.”

Meanwhile following the on time and in budget Elmbridge Court roundabout project, the GCC will now improve the A38 Cross Keys roundabout. Quedgeley County Councillor and Council Leader Mark Hawthorne said, “this should improve journey times to and from the M5 for Quedgeley residents. Next will be work to the A38 Longford roundabout, so that as traffic increases we can keep it moving.”

Improvements are coming too on broadband, with the GCC Fastershire project rolling out to black spots in our city in 2018. “Good broadband access is critical for anyone working from home,” agreed Mayor and Grange Councillor Steve Morgan and Tuffley County Councillor Andrew Miller: “and the number of Home Business start ups have increased sharply.”

Lastly MP Richard hoped the government would confirm a formal bid from a new NHS and University of Gloucestershire backed Gloucestershire Health University Technical College (UTC) early in the New Year. “More of that soon,” he said, “in our exciting Year of Infrastructure”.